Kennedy Motorcycles offer a wide range of new and second hand motorcycles and feature all makes and models. We also stock all motorcycle apparel PPE
from top brands.

We Specialise in motorcycle parts and accessories also and source special one off parts.

We also have a full professional workshop facility. 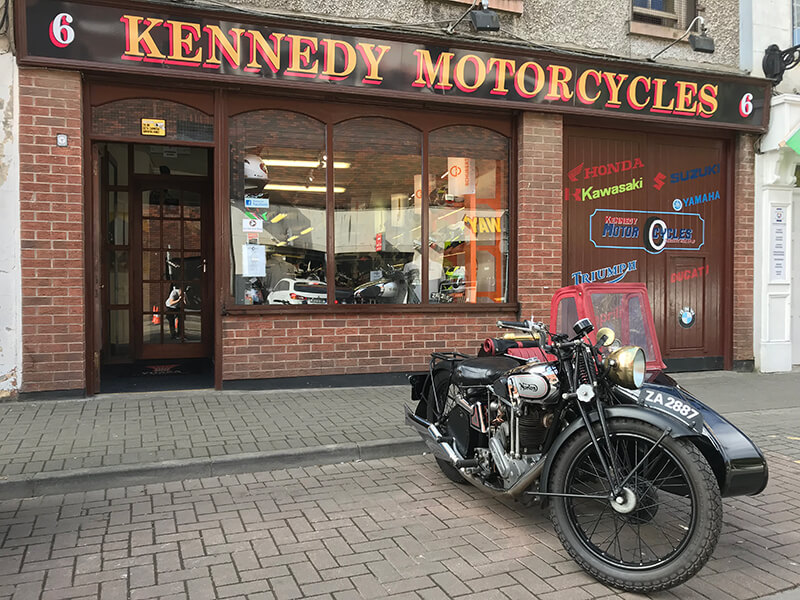 Kennedy Motorcycles are Established since 1949 on Dyer Street in Drogheda. The late James Kennedy interest in motorcycles grew and he was often seen around Drogheda on his prides of joy, BSA M20 500cc ex-army motorcycles. We have one of his BSA on display on our shop floor.

Today over 70 years later, Kennedys are still on Dyer Street. The business is now being run by the second and third generation of James Kennedy.